I first went to Hvar in Croatia two years ago. On that trip there were five of us and we stayed in a hostel, which was great. But last summer we were lucky enough to stay in the Amfora, the island’s most luxurious hotel, which made for a totally different experience.

I love Croatia. After my first visit I knew that I had to return as soon as I could. Everything about the place is extraordinary. 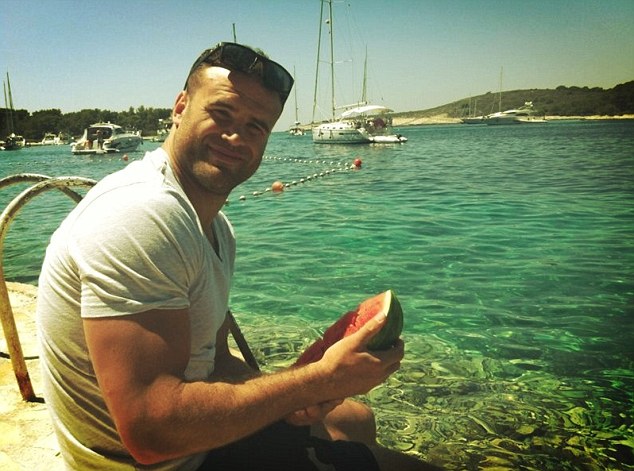 Fruits of his labour: Jamie soaks up the sun on Hvar’s tranquil waterfront

The experience starts immediately – after flying to the city of Split, you take a 90-minute catamaran journey to Hvar. It’s a great ride and costs a mere £6. In summer, there’s a big demand for tickets because the catamaran completes the journey much faster than a normal ferry.

When you get to Hvar, and the catamaran pulls into the harbour, you’ll find the place is already buzzing. Hvar is a relatively small island but it’s really cool – it’s Croatia’s answer to Monaco.

It was even more of a thrill to be staying at the Amfora this time around. The hotel is tucked away in a tranquil bay, surrounded by a lush pine grove, and only a ten-minute walk from the historic city centre of Hvar.

For my money, Amfora is the most exciting beach resort in the Adriatic. It has elegant, stylish rooms and glorious views of the nearby Paklinski Islands. Facilities include a spectacular cascading pool and a luxurious beach club with private cabanas.

On this visit it was obvious how the resort had become much more popular. It was also clear that it’s attracting a more upmarket clientele. I don’t think that Hvar will ever become a ‘Brits-abroad’ paradise because there are other resorts on the Croatian coast that are much easier to reach. But despite this, prices on Hvar are pretty reasonable.

I visited last summer after the end of our successful British Lions tour of Australia so I was feeling quite tired and in need of a glass or two of something refreshing. On the Lions tour, there was only a limited amount of down-time. Between the second and third tests, the players went to Noosa in Queensland for three or four days. 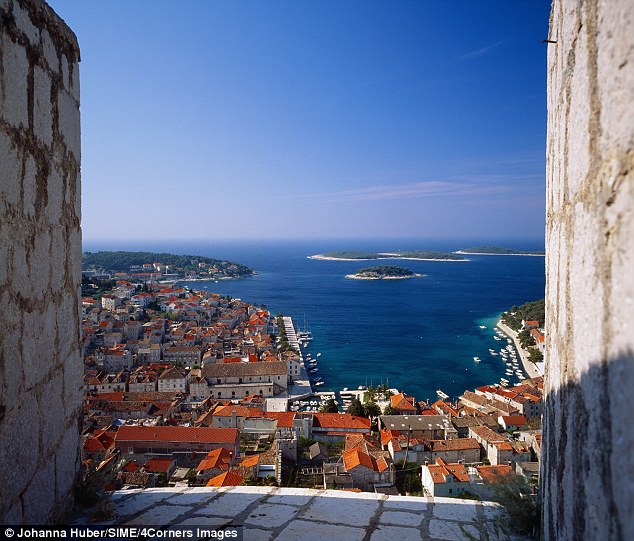 In a league of its own: A hilltop view of the stylish island resort of Hvar

Noosa is a magnificent place – completely chilled. Many of the players tried their hand at surfing and got to relax on a beach. It was great to escape the intensity of the rugby for a bit.

So Hvar was my first chance after the tour to party and relieve all the pressure. The break was all about switching off, forgetting about diet and training, and completely letting myself go.

I was determined to make the most of Hvar’s amazing bars, and the Hula Hula beach club is the place to head for at sunset. Being here for a sundowner or two should be on everybody’s list of things to do.

The other thing you have to do in Hvar is rent a boat and get out on the water. We rented a small vessel and explored some of the other little islands dotted around Hvar.

With your own boat you can just drop anchor and explore a deserted cove or beach. It’s a brilliant way to spend the day.

Being in charge of my own boat was also a chance to live out a bit of a James Bond fantasy.

At the end of the stay I was completely relaxed, which was just as well because immediately after the holiday I moved from Wales to Paris, where I’m now playing club rugby for top French side Racing Metro. I have a wonderful flat next to the Musée d’Orsay and a scooter to drive around the city.

Today I’ll be playing for Wales against England in a vital Six Nations match at Twickenham – I could do with another break on Hvar after that!

Balkan Holidays (balkanholidays.co.uk, 0845 130 1114) offers seven nights’ B&B at the four-star Hotel Amfora in Hvar from £567pp, including return flights from Gatwick to Split on April 21 and transfers.

Brazil World Cup 2014: Lucy Cooke reveals what football fans will be missing out on

Eat like a local in Berlin: 11 tip-top restaurants to try

The best family-friendly hotels in Athens, including kids’ cooking classes and turndown treats

The hottest hotels in Italy that you should know about, from Lake Como to Capri

Cricket bats made from BAMBOO are ‘better than willow’, study finds