When you talk the talk, it is vital you back it up with actions. How fortunate for Everton they have a manager whose deeds are as impressive as his words.

Carlo Ancelotti had delivered a call to arms on Wednesday afternoon, actively encouraging his squad – and his club – to believe they belong in the Champions League.

Some of his predecessors haven’t always been so keen to embrace expectations but he is cut from a different cloth. 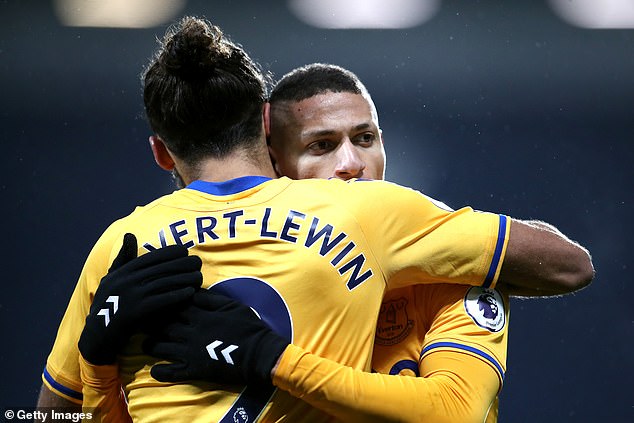 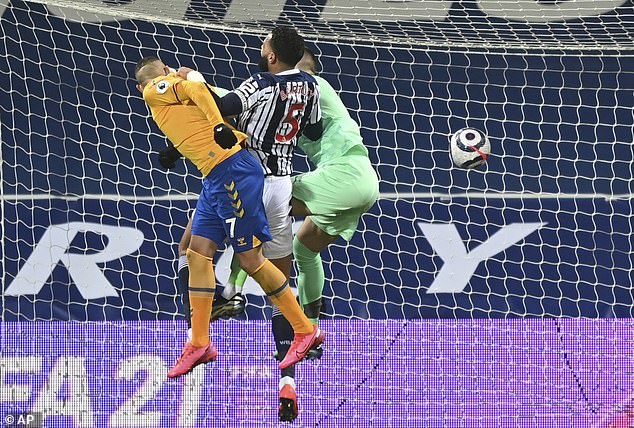 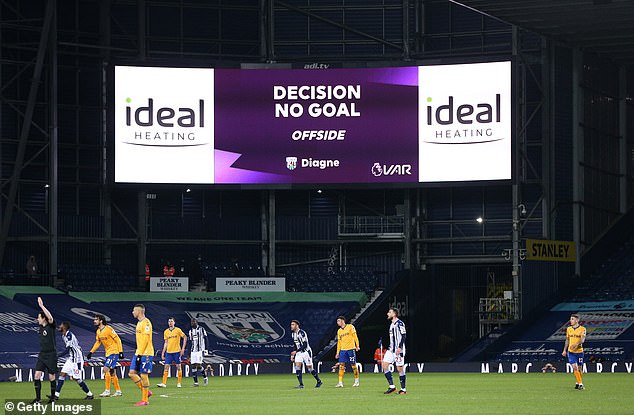 This was the type of game Everton, in the past, may have settled for a point but if they want to be in the top four come May, it was one they had to win.

So in the 64th minute, Ancelotti got involved, taking off Abdoulaye Doucoure and introducing Gylfi Sigurdsson when Everton had a corner.

Sigurdsson started meandering towards the penalty area, as Lucas Digne shaped to take the kick, but Ancelotti intervened and told them to swap; 30 seconds later, Sigurdsson had flicked in a perfect cross that Richarlison powered home with a thumping header. Talk about making a difference.

‘I told them it was better to swing it in,’ Ancelotti said with a smile.

‘I said we it would be more dangerous.’

And it was. While there was huge relief in the final seconds, when VAR ruled out what appeared to be a West Brom equaliser, this became another important night for the Italian.

He is driving Everton forward relentlessly and if they do reach the big time, his role will be impossible to understate.

‘I feel really good if I look at the table, really happy.

‘But there are two problems: first, I don’t know for how long it will be for and second, unfortunately the season did not finish today! But we are pleased to be there.’

He has every reason to be. It was a demanding encounter, the empty stadium gave you a real insight to the clatter and power of challenges, the screeching and squawking of players from both teams who commitment could not be faulted. 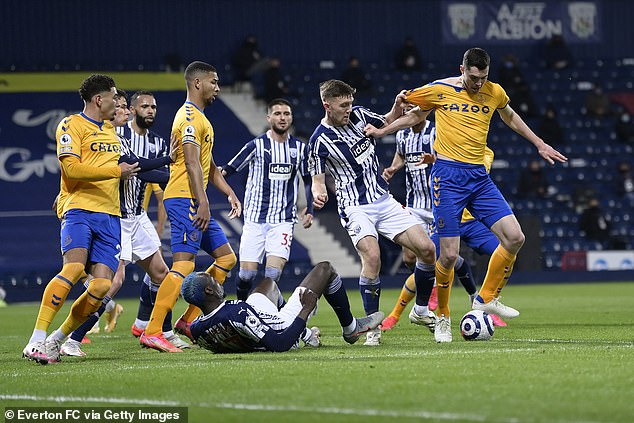 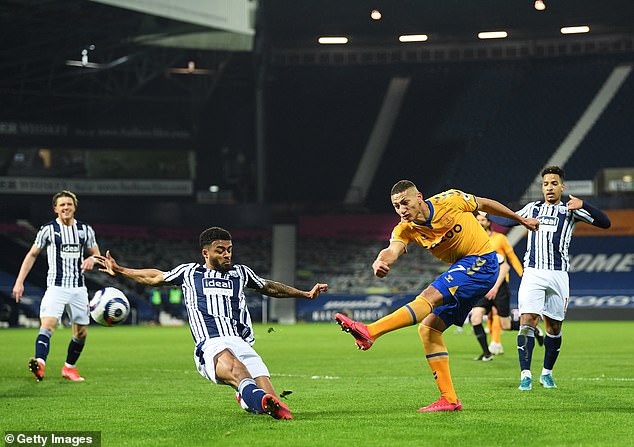 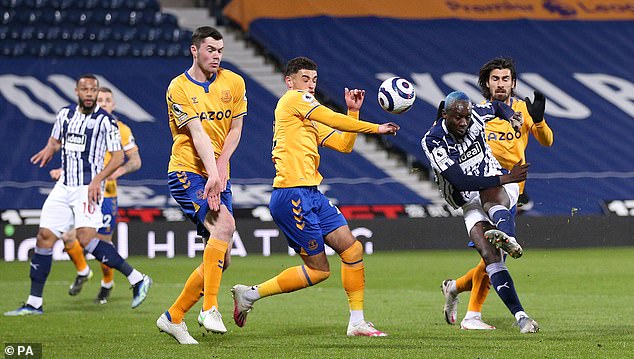 West Brom made the better start, with Mbaye Diagne’s looping header in the second minute forcing Jordan Pickford to stretch out his fingertips and push the ball around the post.

Later on in the half, Matt Phillips caused panic with a shot that seemed to be bending into the bottom corner.

Everton, who struggled to find fluency, should have taken the lead in the 41st minute but Dominic Calvert-Lewin fired straight at West Brom keeper Sam Johnstone and you began to wonder whether it would haunt them.

They started the second period in a similarly uncertain fashion. Then, though, Ancelotti made his change and Everton took charge. 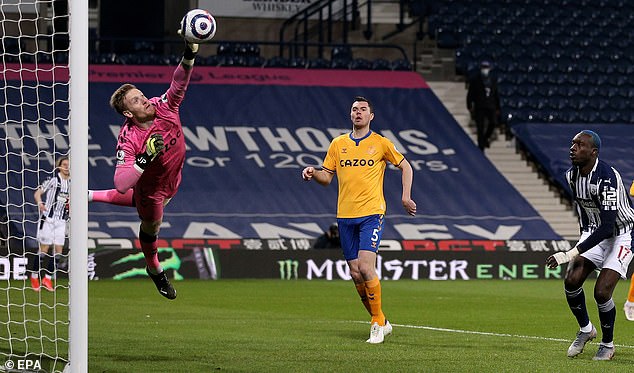 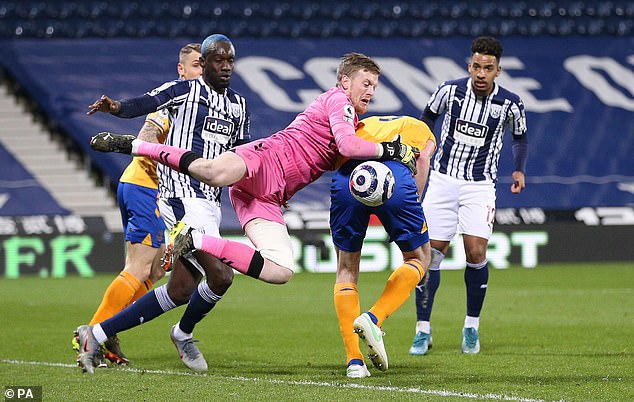 Richarlison’s header was firm and he now has six goals in his last six starts.

He is coming good, just like his team who have the chance to make a big statement at Stamford Bridge on Monday.

West Brom, by contrast, remain in the bottom three and time is running out. Sam Allardyce was gruff, railing against VAR for not getting involved in a decision he thought should have given his team a first half penalty when Mason Holgate tangled with Matt Phillips.

‘I should be better than am I,’ he said.

‘I should be smiling for my players. It’s a massive setback for us, a massive disappointment. We should not have lost this game.’

Boy, 4, is fighting for life after being pulled from a pool at a caravan park

Boris Johnson’s failure to fix the social care system is a ‘stain on our nation’, expert says

CHRIS SUTTON: Even if Liverpool end up in the bottom half of the league, Jurgen Klopp MUST stay

Mexico coach hints that Raul Jimenez could return for Olympics